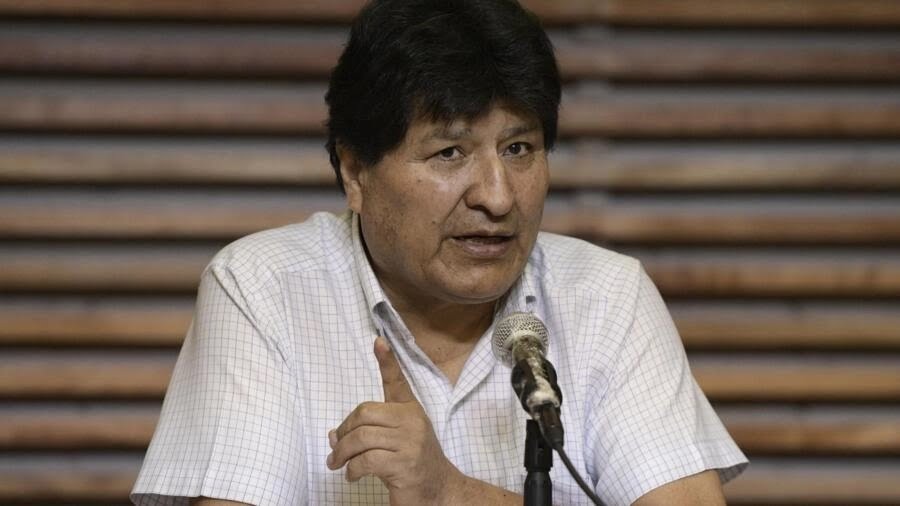 Evo Morales spent almost 14 years as Bolivia’s president before social unrest led to his resignation and flight into exile JUAN MABROMATA AFP
Exiled former president Evo Morales admitted on Monday that his return to Bolivia is out of his hands despite the election victory for his Movement for Socialism (MAS) party a week ago.

Morales has spent almost a year in exile after resigning as president and fleeing the country following three weeks of protests that met his controversial reelection last year, which was marred by accusations of fraud.

Despite his successor as MAS leader Luis Arce romping to a landslide victory in the October 18 presidential election, Morales says others will decide whether or not he returns from Argentina.

“The social movements are still debating. They’re the ones that will decide,” Morales told AFP.

However, he faces a preventative detention order should he return to Bolivia after he was accused of “terrorism” over a 12-day road block campaign in August.

During that campaign, hospitals complained they were unable to receive urgent medical supplies needed to treat coronavirus patients.

Morales has also been accused of “rape and trafficking” over alleged relationships with underage girls, including that he fathered a child with one.

The 61-year-old former union leader dismissed the accusations as “a dirty war” waged against him by his political opponents.

He ruled out a return to government under Arce but said he would dedicate himself to union activism and fish farming, adding that it was the National Confederation of Peasant Workers of Bolivia that would decide when he returns.

“It’s not been decided yet,” he said.

Many MAS supporters have called on Morales to come home for Arce’s inauguration — for which no date has yet been set, although it should be in the first half of November.

Others, though, believe his presence would overshadow Arce’s moment. The 57-year-old was finance and economy minister under Morales.

Civil unrest broke out last year when Morales was re-elected to a fourth consecutive term, despite the country’s constitution limiting a president to just two.

On top of that, an audit by the Organization of American States found clear evidence of election fraud, which led to the military withdrawing its backing of Morales.

He subsequently left for Mexico and then Argentina while conservative former senator Jeanine Anez assumed the presidency.