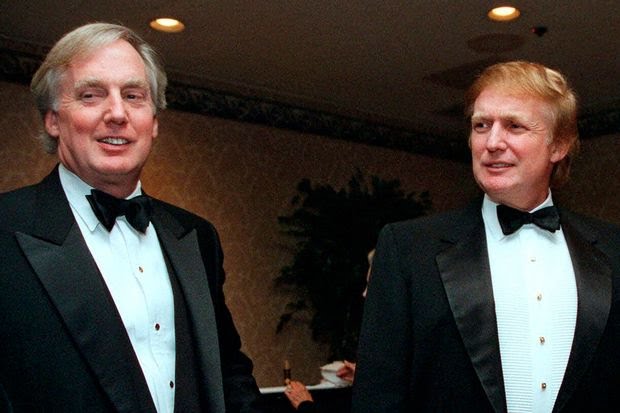 WASHINGTON—President Trump’s younger brother, Robert, died on Saturday, Mr. Trump said in a statement. He was 71.

“He was not just my brother, he was my best friend. He will be greatly missed, but we will meet again. His memory will live on in my heart forever,” the president said.

The statement didn’t provide a cause of death. Robert Trump was recently hospitalized in New York with an unspecified illness.  The President was said to have visited him on Friday at NewYork-Presbyterian Hospital.

Robert Trump formerly managed real-estate investments for his brother’s company, the Trump Organization. He was one of the president’s four siblings. An older brother, Fred Trump Jr., died in 1981.

Robert Trump led a legal campaign against his niece, Mary Trump, who wrote a “tell all book“ about the Presiden. The younger Mr. Trump argued the book included details that if published would violate a confidentiality agreement Ms. Trump signed nearly two decades ago as part of a financial settlement involving her grandfather’s estate.